Out of the Moral Crisis

The book imprints the gory stories of Partition of the country, the reasons of frustration and the crisis of modernity. 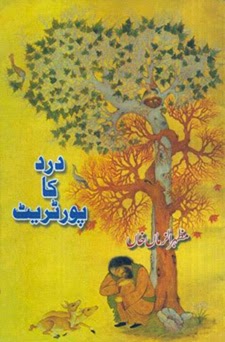 Urdu literature has played a pivotal role to beseech a revolution in the Indian sub-continent. Its contribution for annotating waves for the freedom struggle of the country is remarkable. Different forms of Urdu literature either in prose, poetry, short story, novels or dramas are still written, but not all are at par with those that created history in raising their concerns that the progressive movement of the 50s and after, was meant for.

Likewise, drama writing in Urdu had its intricacies then. It was focused for a group that kept themselves close to the theatre culture. Such tendencies on statutory themes and issues merely highlighted the imaginary dreams that are common until now. In most of the Urdu dramas, the concept of symbolism is bleak.

This dogma is challenged by the emerging writers who have started writing with a difference. The book Dard Ka Portrait (Portrait of Pain) is one of the new entrants in this trend of drama writing in Urdu. Authored by Mazharuz Zaman Khan, this collection of dramas has redefined Urdu drama writing. Published by Isteara Publications, New Delhi, the book is a collection of seven dramas.

The writer prudently involves himself amongst the characters in between. He reminds that Urdu as a literature is not lacking the conceptual integrity of literary ethics. The writer has taken utmost care in using symbolism as ascent. I read the book and came to the conclusion that the author does not speak the language of Earnest Hemingway in Urdu — a very common trend by the Urdu literati to upswing this language. But the symbolic evaluation of his characters is rare and original. All seven dramas have universal appeal. They are the tales of melancholy and hypnotize the readers to come out of the moral crisis. It imprints the gory stories of Partition of the country, the reasons of frustration and the crisis of modernity.

Written in monologue, the book is a collection of scholastic dramas that the writer visualizes in such a fashion that he too finds himself in one of the characters being portrayed. The first drama Saltanat (Kingdom) explains the atrocities of today’s rulers on its subjects. Whatever is the system of governance, the writer reminds the readers, that the present governments have forgotten their responsibilities towards the ruled. By defining this, the author tries to make the readers understand that a modern system of governance, either democratic or autocratic, always attempts to hamper the growth of the subjects.

The second drama, Mujhe Ghar Bulata Hai (Home Calls Me) defines another crisis of human civilization. Where do we belong? Are we not residing in a mobile world struggling to find peace in our lives? This drama, with metaphoric character sketches homes, home owners, home makers and the condition of today’s society and deals with how humanity is surviving in a coma.

We have forgotten the ascent of human relationships in the name of progress and happy living. How humanity was divided into man-made borders and Partition of India was one of them. Are we able to encounter such ups and downs, where for peace, we have almost forgotten ethics, morality and ideals of our forefathers?

In the drama, Hamein Hawaoun Ne Bikher Diya (The Air has Broken Me), Mazharuz Zaman Khan sums up the gloomy picture of the communal clashes resulting into riots and pogroms. The Partition of the country had already invited repeated pogroms. The next two dramas, Curfew and Sawal (Question) raise the question of the real motives of betrayers advocating hatred out of sheer frustration.

In the last two dramas, Udas Nasl Kaa Karb (The Pain of the Sad Generation) and Dard Ka Portrait (Portrait of Pain), Mazharuz Zaman Khan is unable to understand the social stigma. He peeps into the genocides in the name of religion, modernity and so- called progress. He questions on how the society has forgotten fraternity.

Mazharuz Zaman Khan, as a young writer has introduced his characters as symbolic, metaphoric and scholastic. He is keen to remind the readers that humanity should not be subdued into a particular race, but they should have a meaning for survival. This book is well written and is packed with universal appeal.

http://islamicvoice.com/November2006/BookReview/#
Posted by Unknown at 12:38 PM