Chronicling the life of prophet of Islam 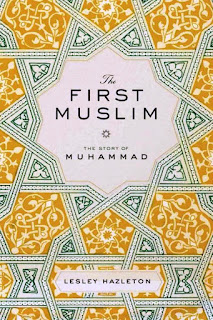 undreds of thousands of books have been written on Prophet Muhammad (PBUH) since several centuries. Authentic narrations are welcomed but those misunderstood this most respected personality in the human history are suspected for being polemic. The First Muslim: The Story of Muhammad by Lesley Hazleton chronicles the life of this persona extraordinaire who still remains a miracle for the mankind.
Islam is a fastest growing faith today. Countless people return to it after listening to their conscience for sustainable life here and hereafter. The followers must learn and unlearn its variegated perceptions. Facts about the life of prophet are often misconstrued in prejudice and platitude. What made him a highly admired person—husband, father, leader and last but not the least esteemed prophet? Hazleton’s book is seminal vividness of narration. It is engaging and expressive portrayal of prophet’s life.

Doubly orphaned childhood and leaving bigger impact on his tribesmen in early youth with inevitable honestly are notable facts mentioned about prophet’s personality. This book elaborates details like his marriages, journey to accept divine truth, solitary meditations and advocating for the socio-political transformations in the Arab culture fourteen centuries ago.

Islamic revolution in the lifetime of prophet is a subject to study even today. Through foolproof portrayal this book mentions prophet’s forced exit from Makkah to Medina (then Yathrib) to other key incidences associated with his life. He was infallible prophet with a vision and a loving family man. Equally was he adorable leader, Hazleton mentions descriptively. His introspective philosophical thoughts and the seal on prophet-hood are universally relevant for the mankind.

Islam didn’t spread easily. Prophet Muhammad (PBUH) and his early companions fought several wars and encountered too much pain and destruction. He was a highly calculative political strategist with thorough understanding of cultural identities of Arabs. His spiritual revolution brought social change in the Arabian Peninsula. This book details the contexts of his marriages to hurdles he faced until arriving at the holy site Kaaba to perform Hajj years after his exile. Such richly detailed facts are delicate information in a refreshing tone. 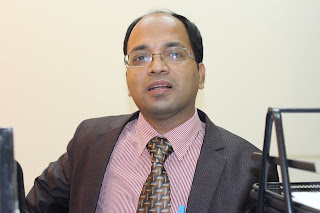 Hazleton mentions how Prophet Muhammad (PBUH) taught Islamic teachings to followers by a life he led. She highlights his forgiving enemies in Makkah who had done worst atrocities on him. Prophet’s vision in early 7th century was far ahead of the modern era. This book opines that prophet could have become a big political figure while ruling the hearts of common masses once Islam began to spread in far off regions. He didn’t do that but rather confined in Medina and conceded most trusted companions Abu Bakr Al-Siddiq (RA); Umar Ibn Khattab (RA); Uthman Ibn Affan (RA) and Ali Ibn Abi Talib (RA) for the political overbearing. Prophet’s patronage to spread the message of Allah continued until he breathed his last on 8 June 632 CE in Medina.

Book’s narration is an amazing tale of prophet’s life but one still questions the authentically of facts. The prophet of Islam was as much political leader as preacher. His life and Holy Qur’an are two miracles—pathfinders for mankind. He insisted his followers that Moses and Jesus were the prophets like him so they must be equally respected. As a visionary leader he was far ahead of his time.

The believers of Islam are aware of the life of the prophet. Hazleton polishes their memories through this concise book. Although it doesn’t offer anything new but an object of suspicion still remains on the facts summed. Readers should therefore approach scholars or refer to other scholarly written books to further understand the Islamic history in prophet’s context. His aura of holiness is thoroughly projected in the book but one can raise doubt if it is another prejudiced attempt. 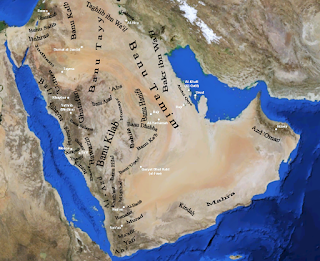 Conscientious respect for prophet of Islam is witnessed in the book’s narration. Sensible readers would gain much from it. While doing so they may question author’s authority in subject she dealt. Readers find better understanding of the life and time of Islam’s prophet. His relations with first wife Khadija to rest wives would be better understood from further readings.

Facts like Prophet Muhammad (PBUH) raised by the Beduin shepherds in childhood to events which literally changed his life altogether in a context of human relationship are noteworthy. The author has done painstaking research to pen this book. Its compelling language turns it into an engaging work. Author’s insights and multi-dimensional researches make it a good reference for the scholars of Islamic history. Further readings would justify book’s genuineness about the portrayal of prophet’s life.

Hazleton has keen eye one the fascinating but misunderstood facts pertaining to prophet’s life. This lucid biography projects many facets of this personality like transition from humble messenger to a visionary political leader and thinker. He preached peacefully but led his people as a war leader. Such mesmeric information in the story is substantial explanation.

Issues like the suspicion of infidelity surrounding prophet’s 3rd wife Aisha to mass beheadings of the surrendered Jewish Qurayza tribes during the sectarian wars in Medina require cross verifications. Authentic books on Islamic history highlight the contexts surrounding such events.


Readers find this book unique in a contextual understanding of prophet’s life. It narrates how a spiritual leader led a small community 14 centuries ago but became a role model for entire mankind thereafter.

Hazleton argues that as an individual, messenger of Allah and leader Prophet Muhammad (PBUH) is relevant in 21st century and afterwards. This book aspires for a dialogue to build civilizations on the paths shown by a personality whose vision for the mankind always remains unquestionable.

This book review was first published in Radiance Viewsweekly magazine in New Delhi on June 12, 2016.

http://radianceweekly.in/portal/issue/will-polarisation-become-synonym-for-election/article/chronicling-the-life-of-prophet-of-islam/
Posted by Unknown at 1:32 AM