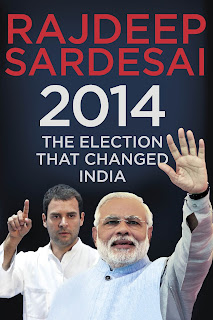 ndia witnessed its most hyped general election in 2014 since country’s independence in 1947. This election revived Bharatiya Janata Party (BJP) fortunes by bringing Narendra Modi at the helm of power in an extreme glorification. Political pundits would profess his win a ray of hope for then “beleaguered Indian economy.” Ironically no such revival is seen yet which analysts had foreseen. His exaggerated vision stimulated but equally thawed fast.


Television journalist Rajdeep Sardesai brilliantly observed Indian elections as watchdog—and thus came the book 2014: The Election that Changed India. Viewpoints on election strategies of BJP and Indian National Congress (INC) or regional parties are bold assessments. It primarily focuses on India’s watershed general election of 2014 though. He also disseminates many circumstantial factors that proved bad omen for few political outfits in this election.

The polemical observation of world’s largest electoral exercise is from the manifestation of Narendra Modi to Rahul Gandhi and many other leaders. This book critically studies the fast emergence of Hindu chauvinism and voter mobilization escalations. Campaigns which created extreme hypes orchestrated Modi as a messiah by superseding the gory incidences of 2002 Gujarat genocide during his rule in the Western Indian state. 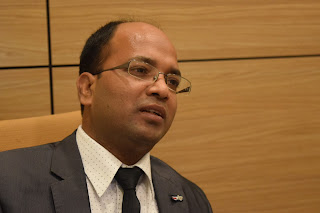 In a daring but eloquent narration, Sardesai mentions personal encounter in Gujarat as a firsthand witness of worst form of communal disharmony. He narrates how a band of sword-wielding Hindu fanatics literally dragged his team onto road asking to prove if Muslim to be killed or Hindu to be spared soon after they had interviewed the then chief minister Modi. Such descriptions in this book portray the deep variance between claims and realities.

Author’s narratives illustrate equivocal journalism he practiced as a sharp reporter with nerve to judge political scenarios. In-depth assessment of Indian polity, own observations and election reporting analysis, this book sheds light on the changing scenarios of India’s electoral exercise. As an analog on political ambitions, well-crafted mass mobilizations and vested interests this book is a true account of election gimmicks. 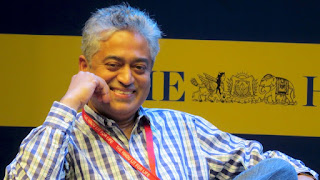 Study of India’s 16th Lok Sabha election would remain incomplete without thorough reading of this book which highlights multiple factors paving the way for Modi’s win—and BJP literally shrunk besides INC facing its crossroads. Without any visible change seen from BJP-led government preceding observations by political pundits has literally proved futile. Modi’s election strategies were unparalleled campaigns planned strategically to use digital tools for mass mobilization. Two years prior to election year he was determined with action plan for a win-win target—to make the win predictable.

Modi’s groundwork was deliberately kept aloof from the media glare until felt necessary. It is worth observing his emergence from a smalltime politician to country’s premiership. Sardesai first met him in 1990s. Their occasional interactions continued thereafter. He would report all his moves as BJP prime ministerial candidate meticulously even before general elections were declared. Many reports projected his enigmatic figure, aspirations and the creation of a wave. This book equally reflects several opponent leaders’ haplessness during the elections. 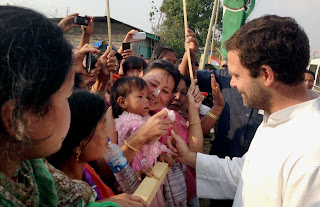 Politicians from other cult, especially regional parties who could leave bigger impact in case of a coalition or perhaps BJP could be short of majority, have also been profiled sincerely. In giving big share to Modi, this book highlights his campaigning brilliance, humor, edgy bombasts and earnest desire that eased him surpassing other senior BJP leaders.

Sardesai writes that his friendly relation with Modi almost became tempestuous post-Godhra coverage. Other events before the general election like anti-corruption crusader Anna Hazare protest covered by the global media to birth of Aam Aadmi Party (AAP) headed by its leader and current Delhi chief minister, Arvind Kejriwal to loopholes in INC and Rahul Gandhi’s inefficiencies have been penned sharply. Congress’ failing in damage control and fear psychosis of many other leaders across the parties are book’s notable snapshots. 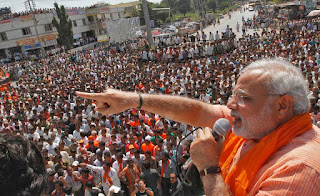 The author has magnificently profiled few self-made Indian women politicians Mayawati, Jayalalithaa and Mamata Banerjee et al. As a newsman he showcases the temperament of these leaders besides presenting a firsthand experience of knowing those powerful women.

Strategic campaign plan of Modi amalgamated business school graduates and swayamsevaks working together. Ironically, his opponents implied several wrong strategies to mess up and invite doom. In nutshell, this book perfectly profiles India’s political diaspora. Mature readers enjoy it with keen sense on politics without opinionated biasness. Going into great detail, it also examines counter narrative on Modi’s PR team unleashing with an aim to build his image out of the 2002 pogrom. As groundbreaking reportage, it informs readers about countless individuals working in a backdrop as Modi’s publicity machineries for win. Sardesai claims that it was not media that created Modi wave. Rahul Gandhi’s easygoing leadership against the solidity impression of Narendra Modi widened that gap. Media only rode that wave. 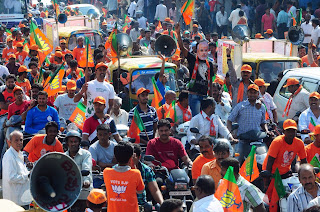 Several monotonous facts which have already reached to the Indian homes through television have been refreshingly highlighted through this book. Without wriggling the facts imprint in people’s minds and those available in print are meticulously summed in this narration which literally brought India on doldrums. Some of them were Ram Janmabhoomi movement, communal riots and other misfortunes that changed India’s political firmament.

Sardesai is derisive on Rahul Gandhi in a context of off the record interactions especially without latter’s overarching vision. The series of missteps brought expected disaster of INC. Through a sneak-peak into leader’s team he points out that cutting off from grassroots halted its prospects even after a decades’ rule. Giving ample room to AAP leader Arvind Kejriwal’s emergence this book mentions Indian media’s passionate coverage of Anna movement that metamorphosed country’s political mood. He is critical of television media particularly ridiculous journalistic exercises in prime time debates and failing to develop sense of ground reporting by ignoring media ethics. He questions rotten media identity that ‘breaking news has indeed become broken news.’ Cheap studio talks are ethically hollow and loose talks. They don’t maintain solid ground reporting trends and focus is on certain pockets only.

Historic swept of BJP in 2014 was a singular triumph for Narendra Modi and so did it defy the known orthodoxies pertaining to Indian elections. Rural-urban divides and traditional caste loyalties literally proved wrong in this election that was indeed thoughtful reflection on a new trend where sensation-seeking television paved the way for BJP rise. It brought constant decline of Congress to the cameo of few political protagonists. 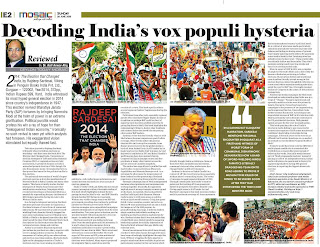 Nondescript media campaigns by Modi team developed an understanding that India was in a verge of “change.” Younger, aspirational and upwardly mobile societies were his primarily targets. Energetic, focused and expensive campaigns in the presence of an unquestioning media engrained his foot. Discredited rivals further boosted his morale. According to him unpredicted success of BJP in 2014 election with Modi’s personality cult it became contextual to the US presidential elections. Well-planned agenda set pace for his voter monopolization.
This book questions the role of India’s television media failing to use resources for earnest interrogation of BJP prime ministerial candidate’s leadership credentials during campaigns. It literally swam in the wave as an offhand fourth estate. Questions are on media’s lax attitude to test the fabled ‘Gujarat Model of Modi.’

Scenario would have been entirely different if media played candid role to crosscheck his credibility as a responsible press instead of believing his words. Ironically media became part of ‘Modi propaganda machine’ instead of playing its role of an independent entity. Indian media will always be questioned in history for augmenting blunders during 16th general elections in reporting the biggest democratic exercise.

This review first published in www.ceylontoday.lk on June 26, 2016
https://seocontentindia.com/
Posted by Unknown at 4:11 AM