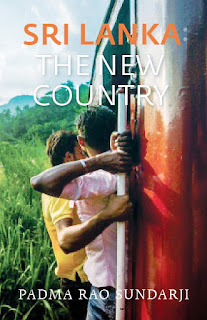 A spellbind reportage on Sri Lanka at its best by German publication Der Spiegel’s former South Asia correspondence, this book claims to have carried detailed versions of reports on the island nation that would have often been trimmed to suit to the Western mindset. Impelling reports found room in this book.

She spoke her mind while presenting the core idea of a nation. They are the scenarios from war-torn Sri Lanka to its emergence as a new country coming out of hounding past. Her interactions with Sri Lankan army officers, former LTTE cadres and locals are parts of the fact-finding reportages. Balanced reports defy ‘defending some and blaming other’ notion.

Post-war Sri Lanka is still a center of attention in the context of military reeling under the alleged human rights abuses during the final phase of brutal war which ended in May 2009 to rout out the Tamil Tigers rebels. Author’s travels around the country on many occasions including recent one for this book are meticulous firsthand reports and independent observations. She witnessed this country coming out of the “darkness of a long, murderous and frightening tunnel” to the ray of hope. She witnessed socio-political transition in the lives of common Sri Lankans in recent past. 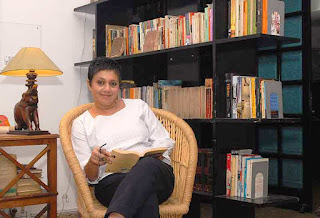 Readers get a dose of history which the author brings as an unbound treasure of facts on Sri Lanka especially its glorious past. She laments that civil war spanning for three decades crushed region’s historic gleam. Though boom is vivid now the sharp-eyed journalist converses with Sri Lankan Tamils to know reason of their angers over a senseless war LTTE waged hypothetically for them. They believe that Indian Tamils’ hues and cries for them are but unworkable hoaxes.

Insights into scenes in Jaffna which author visualizes as a foreign correspondent are vigorous. She interviews many people—literally everybody from those brought the idea of war to people causing the deadliest war to sufferers from this war. An interview of one woman Laxmi out of the countless poor victims whose lamentations have been narrated brings a vivid picture. They speak how LTTE would pick to sacrifice adolescent boys and girls for an aimless “cause” that steadily traumatized the masses just to tarnish country’s image. They were forcibly made fighters to die as human shields. Inside story on countless missing youths whose whereabouts are still not known has been questioned in this book. 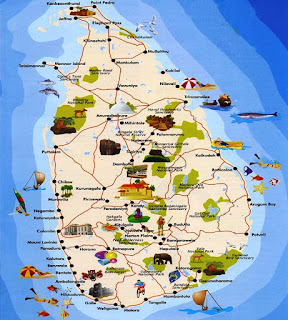 Persuading Sri Lankan military officers to explain the other side of the story of brutality believed to be allegedly done by them on the civilians, she repeatedly coaxes them during her meetings with them. Interviewing former Sri Lankan president Percy Mahendra ‘Mahinda’ Rajapaksa to know the exact scenario, unlike the world media’s prejudices on post-war Sri Lanka, authenticate her claims. Personal visits to places like LTTE jails where cadres accused of betraying were locked or executed besides inside stories from ordinary Sri Lankan Tamils encountering the pain of their children abducted from schools to countless other horrific tales are ghastly flashbacks.

This book also mentions the hypocrisies of LTTE leader Velupillai Prabhakaran who lived luxurious life in underground air-conditioned bunkers and availed best facilities in contrast to the poor Tamil families often slaughtered in the name of a promise for “their own land.” The author points out several such discomforting facts related to the war. Many former LTTE guerrillas are still considered outcastes in the Sri Lankan societies. Military officials reveal during interviews that ordinary Tamils would accept them back into their folds sooner. 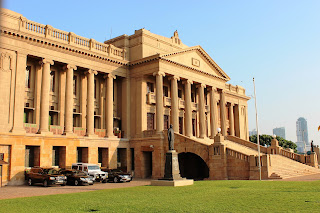 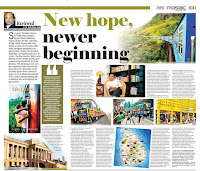 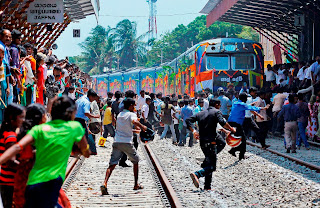 As frequent visitor to Sri Lanka the author saw transformations hence agrees to that it is emerging as a new country now. Rapid developments in the regions that were once war zones strengthen this claim. With the eradication of LTTE countless Sri Lankan youths born during or after the war’s eruption have a newer confidence. This book though highlights other set of problems which halt country’s growth especially Buddhist suppressions of other religious minorities.

Likewise, steps taken by the army to destroy LTTE war memorials in Jaffna weren’t prudent. She agreed with army that it was time to move ahead to build a new country rather than keeping the monstrous memories from the past which could be rather erased at the earliest. 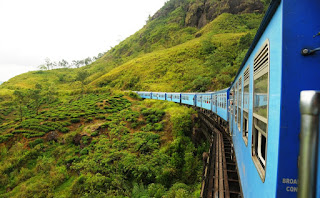 It is a seminal book on contemporary Sri Lanka. It is a knowhow of a country as an outcome of author’s research and regular travels over the years. It brings many facts to learn about a nation that dreamed to obliterate a past to build future. Inundated with author's opinion and arguments the book has done justice in portraying Sri Lankan diaspora. Author’s travels prove cursory guidance for the future travellers. Her conversations and interactions with the common Sri Lankans provide a glimpse of nation’s current state of the affairs besides golden history.

Author’s perspective about Sri Lanka distinguishes it from the rest books published in the wake of the 2009 LTTE liquidation. She justifies the theme on island nation through reporting the ethnic conflict and thereafter. Exposures of hers are helpful for readers and future travellers for an awareness of the true emerald of an island nation—Sri Lanka.

This review was first published in CeylonToday on 19 June 2016.
http://epaper.ceylontoday.lk/Process/upload/e_paper/3692.jpg
Posted by Unknown at 1:27 AM