Glimpse at the northeastern India 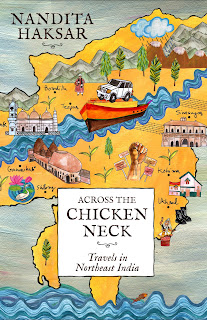 wo inherent reasons—my nearness to northeastern India in the plains nearby Queen of hills Darjeeling and own exploration of hilly northeastern India augured me to read Across the Chicken Neck: Travels in Northeast India by Nandita Haksar. Summary of author’s long journey taken with husband Sebastian Hongray to explore India’s extreme northeast makes this book a simmering narration. Its tone turns metamorphose it into a reference work on region’s history and geography besides it being a travelogue. 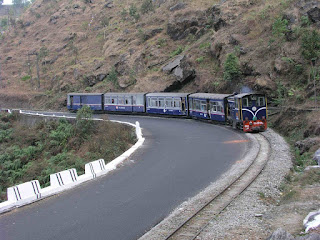 An informative book on the region, the travelogue is a firsthand account of author’s glimpsing at ethno-political complexities of areas from neighboring Nepal to northeastern Indian seven sister states—Arunachal Pradesh; Assam; Manipur; Meghalaya; Mizoram; Nagaland and Tripura to Sikkim and few portions of northern West Bengal. The tour brought her close to the Indo-Chinese border and so did she enter into the neighboring Myanmar once. 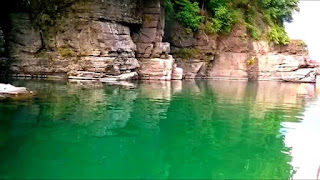 On occasions this travelogue becomes history of northeastern India. Descriptions on Kamrup rulers, Mughal army invasions to local myths on magic and mystics appeal to bring nostalgia. Author’s observations on Brahmaputra protecting Majuli Island to caste-based intolerance to Mishing Tribal sufferings not allowed to satras (monasteries) under caste discriminations are several issues of human interest that hadn’t been highlighted yet. 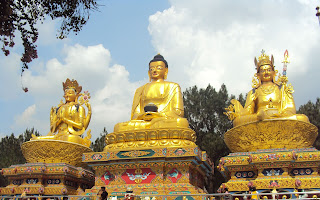 While disseminating region’s glories this book also raises questions on discriminations. Issues of Ahoms in Assam to Meitei Manipur and rediscoveries of Brahminical influences in the northeastern India are other insights. Discriminations against hundreds of local tribes to other less fortunate communities are ironic in the context of dubious government policies. Historic assessments are on Meitei King Pamheiba insisting citizens to adopt Hinduism in 18th century to issues of the forced imposition of Bengali script to burning of ancient Meitei scriptures.

Broadening travelogue arena this book explains facts that pertain to region’s inhabitants. It highlights glories with vivid description of the places where author visited—even minutest of things which mattered have been included. The sufferings of local commoners shook author’s attention. Information on religious discriminations in Meghalaya forcing many Garo members to embrace Christianity due to Hindu Rabha caste discriminations have also been reviewed. 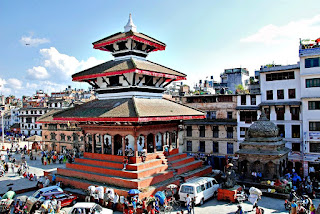 Vivid description of four-decade old newest religion founded in Arunachal Pradesh named Donyi Polo is an informative one. Interestingly, it was propagated by none other than a mainland bureaucrat who subsumed different tribes’ indigenous faiths and practices to form a new religion. Beyond travelogue, this book is an exemplary record of region’s contemporary history and so does highlight subsequent government negligence.

Shedding light on the social, economic, cultural and traditional evolutions, it is a firsthand recount. With simplistic beginning, it gradually turns in-depth to assess northeastern India and describes many core issues. Author’s narrative simplicity seeks reader attention in her candors to bring facts such as raising questions about the area rather than being a concise observation.

She toured Arunachal Pradesh for the first time in 1974 as a journalist. Her bond strengthened further upon marrying a Sebastian Naga from the northeast region. Raising serious questions on this part of India as core issues the author proclaims that the region has literally been geographically removed from the mainland to keep it aloof psychologically and culturally. 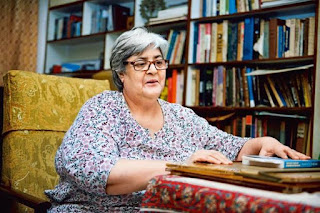 The region is connected to Indian mainland through a sliver of land Siliguri Corridor where ambivalent Nepal and Bangladesh flank it from both sides—so is it India’s Chicken’s Neck.

Military vulnerabilities in northeastern India to suspicions about locals for nationhood spirit post-1962 Indo-Chinese war are the fizzy dubiousness by subsequent governments. She can’t understand why even after half a century of India’s freedom from the British northeastern region encounters ignominious treatment. Racial discriminations against northeasterners in several parts of India is still horrendous. Occasional sporadic brutal murders or harassments of youths from the region are commonplace. 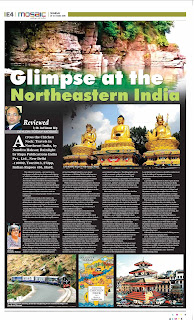 Author’s remorse is also for the poor road infrastructure forcing her to cut the travels further to places like Tawang or Pangsau Pass. Upon meeting with the locals she had mixed reactions on the hospitalities and hostilities. Local behavioral variances should be understood in the backdrop of insurgencies across northeastern states, local customs and diversities.

A groundbreaking book on this region Across the Chicken Neck: Travels in Northeast India required thorough editing. Firsthand encounters into the region for three-and-a-half months’ travel to the region to some portions of Nepal and Myanmar offer ample insights. Readers know Hornbill Festival at Nagaland where Ao Naga men beat log drums and are joined by the Khasis, Kacharis and non-tribal Meiteis amongst others.

This book distinguishes from rest travelogues. Author points out smiles on the northeasterner faces as if weapon of defense to disguise anger, disappointment and frustration. Excellent portrayal of northeastern Indian state of mind to state of living the book is a juxtaposition of cultural and traditional realities. Arunachal Mishmis threatening to secede to China for once upon not received salt and other descriptions about the region like its ancient ties with Tibet, China, Myanmar and Bangladesh and the beautiful Lake Sally linking the area with Thailand to Tai Phakey community in modern day Assam are appealing notes.

Although this book has several editing errors it still remains an engaging read.
This review article was first published in www.ceylontoday.lk in its October 23, 2016 edition. http://epaper.ceylontoday.lk/
Posted by Unknown at 11:20 PM No comments: