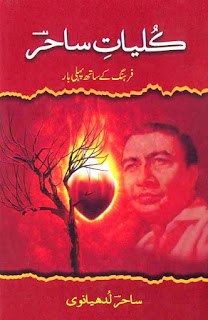 esteryear lyricist Sahir Ludhianvi’s songs still rule over the hearts in Indian subcontinent. His unswervingly popular lyrical magnum opuses appeal us even after his death on 25 October 1980—some four decades ago. Remembering legendary songwriter after close to a century of his birth, let’s look at various spheres of his life. Born Abdul Hayee to parents Chaudhri Fazl Mohammed and Sardar Begum on 8 March 1921 in Ludhiana city of undivided India’s Punjab, he chose penname Sahir Ludhianvi to associate himself with the place of his birth.

Phenomenal narrations point out upheavals in Sahir’s life like his rustication from college in the Ludhiana city for daring to sit with his female classmate in the Principal's lawn to settling in the Lahore city in 1943 and then brief Delhi interlude before his entry into Bollywood in Bombay (now Mumbai) remain reminiscent facts. By publishing first anthology Talkhiyaan (Bitterness) in 1945 during his editorship of Urdu magazines Adab-e-Lateef, Shahkaar, Prithlari and Savera in Lahore, the rebellious poet had already come into threshold. His creativity was against the tide in newly the created country Pakistan which literally compelled him to cross the borders in 1949 to make India his permanent home. 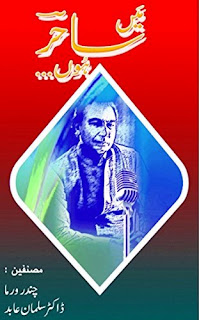 Sahir’s Lahore connection to the early poetic compositions is ignored while lyrics are always commended. Pakistan couldn’t digest the rebellious poet in him so he was unable to adjust in the suffocating society of Lahore that had eccentric cleric dominance then. They would harshly oppose his inflammatory pieces in Savera. He preferred shifting to India to avoid an arrest in Pakistan—a country he had chosen earlier. ‘Sahir’s lyrics enlivened cinema which in turn immortalized him,’ write his biographer Akshay Manwani in Sahir Ludhianvi: The People’s Poet. Published in 2013, 320-paged biography meticulously portrays songwriter’s personality to the Bollywood connection he had during the golden period that ceased to exist without Urdu’s contribution.

Songs on variegated themes narrate Sahir’s personal agonies. They project his relationships with women or men flawlessly. Early teacher of him Faiyaaz Haryanvi polished his poetic skills but he was equally influenced by Iqbal, Faiz Ahmed Faiz, Majaz Lucknawi and Josh Malihabadi. His lyrics have pain and bitterness and equally do they value relationships. Poet Krishan Adeeb is quoted in this biography—“agonies and successes were his common themes. Early poems were rejected until Jahaan Mazdoor Rehtey Hain (where workers reside) got published with the byline A.H Sahir in an underground newspaper Kirti Lehar to project his brimming revolutionary ideas. 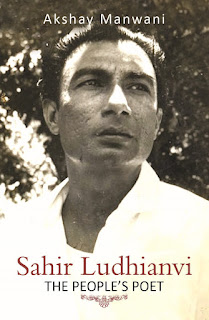 Poet of a generation that logically questioned the British colonialism, Sahir witnessed India’s freedom movement. His anguish is seen in poems composed in the late 1943s to early 1944s. First anthology Talkhiyaan (Bitterness) was a compendium of revolutionary ideas at age twenty-three.

Impeccable impact of Progressive Writer’s Movement on him to voicing the pathetic conditions he faced in the traumatized childhood developed his distaste for the zamindars (landlords) and capitalism. Such feelings reflected in his lyrics. He emphasized that ‘poets can’t be honest or justify works if they are untrue to self.’ Believing that poetry was the manner to express personalities as an ultimate source of natural expression he caveated against writing contrary to one’s personality traits. He believed that poets projecting contradictory thoughts actually create more chasms. 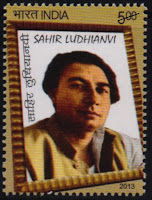 Sahir’s poetry recounted his personal agonies, disappointments, reactions and social observations. Composed on 15 August 1947 his famous poem Mafaahmat (compromise) straightforwardly warned that freedom attained at an altar of communal hatred was hollow. It would only snowball the problems of far greater magnitude, he wrote.

Yeh jashn, jashn-e-masarrat nahin, tamasha hai
Naye libaas mein nikle hain rahzani ka juloos
Hazaar shamaa-e-akhuvvat bujhakey chamkey hai
Yeh teergi ke ubhaarey huey haseen fanoos
Yeh shaak-e-noor jise zulmaton mein seencha hain
Agar fali toh sharaaron ke phool laayegi
Na phal saki toh nayee fasl-e-gul ke aane tak
Zameer-e-arz mein ik zehar chod jeeyegi
[This celebration, is not one of joy, but a circus
In the guise of something new, the attempt to plunder is afoot
After putting out the lights on communal harmony, this radiance
Is of those lanterns that have been nurtured in the dark
Such light that has been cultivated from the throes of darkness
If it spreads, shall only spark many a flame
And if it doesn’t spread, until the break of a new dawn
Will poison this nation’s soul] 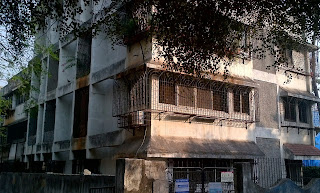 His fulltime Bollywood songwriting journey began with the movie Azadi Ki Raah Par (1949) but Naujawaan (1951) was recognized for its distinctness. Baazi (1951) was the first movie to project his exceptional songwriting skills. A giant amongst the contemporary lyricists, he was illustrious and ignored Khuda (God), Husn (Beauty) or Jaam (Wine) themes. Bitter condemnation of declining social values, war perils, political senselessness or consumerism was his leitmotifs. His lyrics were stories of the debt burdened farmers, fighting soldiers, women forced to selling bodies or unemployed and distressed youths.

Aggressiveness after attaining fame is often pointed out but ‘being a helping hand as an oddity of Sahir’s personality’ is hardly projected. Magical lyrics for the movies Jaal (1952), Taxi Driver (1954), Munimji (1955), Devdas (1955), House No 44 (1955) and Fantoosh (1956) to name a few still captivate attention of Bollywood cinema lovers. His lyrics for Pyaasa (1957) ruminates Bollywood’s vestige reference in the songwriting history.

Gandhi Ho Ya Ghalib Ho (Be It Gandhi or Ghalib) composed on Mahatma Gandhi’s 100th birth anniversary (02 October 1969) coincided with Ghalib’s death centenary. He lamented the declining popularity of two eminent personalities in India.
Khatam karo tahzeeb ki baat,
Band karo culture ka shor,
Satya, ahinsa sab bakwaas,
Tum bhi qaatil hum bhi chor,
Gandhi ho yaa Ghalib ho!
Khatam huwa dono kaa jashn,
Aao inhein ab kar dein dafan!
[Do away with talking about civility
Stop screaming about culture
Truth and non-violence are irrelevant today
You are murderers and so are we
Be it Gandhi or Ghalib!
The celebration of both individuals comes to an end
Come, let us bury them once and for all]

Like Faiz Ahmed Faiz, Sahir too portrayed the youthful imaginations besides criticizing the self-appointed custodians of religion. He equally protested the egotistic politics and exploitative capitalists. Kahat-e-Bangal (The famine of Bengal) was his mature understanding of the social concerns while Subah-e-Navroz (Dawn of a New Day) mocked the false celebrations while poorer sections faced the deep miseries. Chaklay (Brothels) portrayed his sympathies towards the prostitutes. His poetic collage equally inspired the future generations. 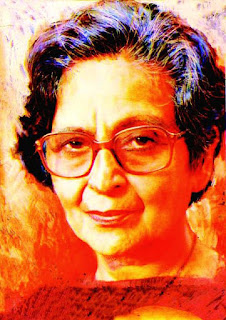 Sahir’s passionate relationship with author Amrita Pritam was in the limelight since his departure from Lahore. She passionately loved him. Their relationships based on idealism, attraction and mutual admiration continued even after Amrita’s marriage with Pritam Singh. She would use the metaphors Mera Shayar (my poet), Mera Mehboob (my lover), Mera Khuda (my god) and Mera Devta (my idol) for Sahir but he in turn couldn’t show passionate romance in their clandestine meetings which would often end into long silences.

Her autobiography Rasidi Ticket defined such long silences to their gazing into each other’s eyes. Sahir developed infatuation for singer-actress Sudha Malhotra in the later years. Puzzled mind towards maintaining relationships with women embittered him too much and therefore he remained a bachelor all his life. 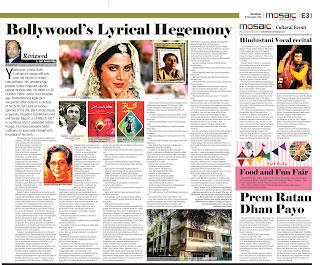 Regardless of Talkhiyaan’s overwhelming success to composing many insightful poems, Sahir hardly evoked equal interest like Iqbal, Mir and Ghalib had amongst the Urdu intelligentsia in India. Winning Filmfare Awards in 1964 and 1977 to the prestigious Padma Shri in 1971 and recent commemorative postal stamp issuance on 8 March 2013 to honor him posthumously on his 92nd birth anniversary were some recognition for a crème de la crème songwriter of Bollywood.

Sahir Ludhianvi’s troubled childhood—deprived of the life’s comforts to constant fear psychosis in adolescence—is vivid in his lyrics. As lyrical hallmarks they are magnanimous contributions in the history of cinema.