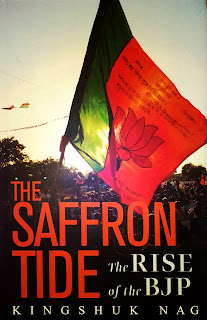 With the purpose to retain Hindu pride, BJS aspired for a firm grip into country’s politics in the 1960s though it literally failed to leave any impact for several decades. The author argues that at a point country’s biggest party Indian National Congress (INC) was more ‘Hindu-oriented’ than its present counterpart BJP whose power hunger aspirations vacillated secularism to loose stimulus the moment three-time chief minister of Gujarat, Narendra Modi was elected country’s prime minister. Such transition overtly demeaned India’s secular credentials. 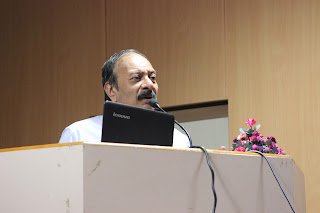 This book lucidly describes the advent of a rightwing political collocation. As India’s political biography, book’s epilogue talks about the coterie of small Hindu ideological group rising to its big fortunes to rule the nation. The end of INC monopoly or shillyshallying other regional parties had become unpredictable political transition that India witnessed in recent past. Nag questions the soft-Hindutva stance of INC which brought its doom over the period. Such scenario occurred because of its lack of willpower to handle issues of national interest. That pessimism paved the way for country’s Hindutva forces to emerge and to come into limelight.

Syama Prasad Mookerjee’s BJS arose into an alternate political force in the form of renamed BJP after 1980s. By adopting Gandhian socialism and kesari (saffron) flag, BJS had the record of winning four parliamentary seats in 1957 out of which one was won by Atal Bihari Vajpayee. It was his debut entry into parliament. He became country’s prime minister some four decades later. 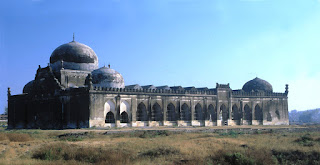 Embers of early controversies flared in 1960s once BJS leader Balraj Madhok stressed “Muslim Indianisation or non-Hindus compelled to adopt Hindu way of life indubitably.” It was tenacious demand for the temple of nativity—“Ram in Ayodhya, Krishna at Mathura, Shiva in Kashi and Viswanath in Varansi sites for Hindus like the Kaaba and Bethlehem for Muslims and the Christians.” On 29 August 1964, Keshavram Kashiram Shashtri formed Vishwa Hindu Parishad (VHP) for Hindu consolidation but it didn’t influence BJS. Two and half decades later it proved a milestone for Ram Janmabhoomi movement’s preemptive surge and thus BJP abridging nation’s secular spirits. 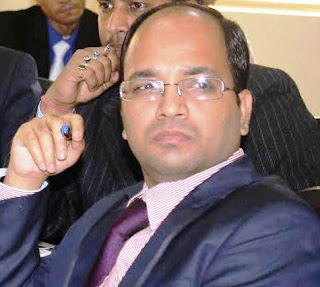 Mughal King, Babur built Babri Masjid in 1528. Hindus claimed that it was erected by razing an ancient temple. Several centuries later in 1949, few local Hindus stealthily kept a Ram idol inside this mosque. It was shut down by a court order without taking out the idol. In a bizarre decision of its kind, local court appointed a priest to continue offering puja (worship) inside this mosque.
Decades later in 1980s, LK Advani provoked the matter further to make this site a Hindu–Muslim hauteur. Mahabharat and Ramayana epics telecast on the newly arrived television sets in Indian homes played pivotal role to revive Hinduism. Nag writes how Babri Masjid demolition shattered India’s secularism. He narrates the incidence of attackers using iron rods, pickaxes, shovels and crowbars to dig mosque base to fasten its collapse. Once razed, Ram Lulla (Baby Ram) idol was kept inside. Ironically Congress’s Narasimha Rao government remained a passive spectator.

The burning of Sabarmati Express train at Gujarat’s Godhra station a decade later on 27 February 2002 took 59 lives and it spread the communal anguish once again. Ghastly incidences followed with the brutal killing of more than 1000 Gujarati Muslims. State and central governments then received global denunciation. The then Prime Minister Atal Bihari Vajpayee reminded then state’s chief minister Narendra Modi that “leaders must follow Rajdharma (Ruler’s Duty) without prejudice.” Ironically he received Modi’s sarcastic reply—“that was what he doing.” 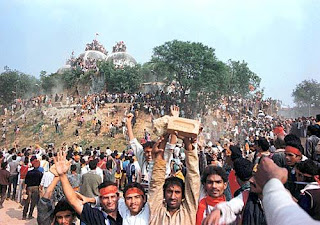 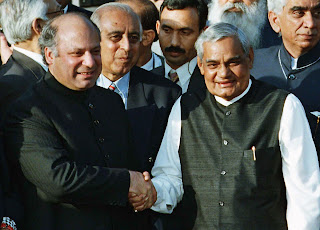 Excruciatingly obliterated with worst defeats in the elections BJP roped in LK Advani to overhaul it over the period. He launched a yatra (journey) from Somnath (Gujarat) to Ayodhya (UP) with an aim to consolidate country’s Hindus. Nag brings India’s political inertia of 1980s and 1990s in this book. Vajpayee’s nomination for prime minister in 1995 to BJP’s maiden government’s fall within 13 days to the emergence of Third Front paved the way for United Front Government under H.D Deva Gowda (01 June 1996 - 21 April 1997) and under I.K Gujaral (21st April 1997 - 09 March 1998) were some of the notable political uncertainties India faced during that period. 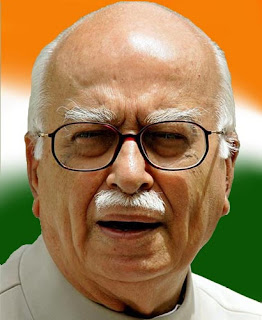 Such situations pushed India for fresh polls in which BJP gained and Vajpayee become prime minister on 19 March 1998 to run the National Democratic Alliance (NDA) coalition. Vajpayee’s Delhi Metro Rail and Golden Quadrilateral Project to link country’s metropolitan cities through the National Highways have been lauded ever and again. He though faced embarrassment once while then BJP president, Bangaru Laxman was caught on camera in a sting operation that had exposed him taking bribe. Coffingate Scandal exposed his defense ministry paying inflated rates to buy the war dead soldiers’ coffins. Such scandals damaged his government’s credibility.

Nag reveals why Advani proposed Vajpayee’s name for prime minister. As an accused in 1991 Jain Hawala Scandal that alleged him receiving heavy sum he was barred to hold the PM post. His fancy of becoming prime minister was agreed upon by BJP in 2009 with his nomination. His ‘India signing’ and ‘feel good factor’ slogans failed and BJP had to face its humiliating defeat. 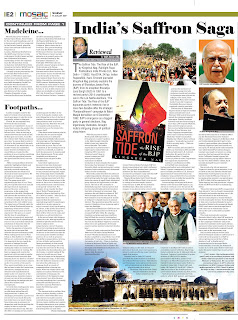 The author showcases BJP’s exasperation from Advani’s ‘visit to Jinnah’s mausoleum in Karachi and considering later one of the rare individuals in the subcontinent. Advani’s espousing for a secular Pakistan proved catastrophic for him.’ Such thoughts of him were considered blunder by party’s ideological Rashtriya Swayamsevak Sangh (RSS) which was so much enraged that it took a decision to vehemently corner Advani for such ‘unbearable insensible’ remarks.

This book meticulously examines Narendra Modi’s taller than BJP posture in the present context. His selection as ‘Chief of the Campaign Committee’ and prime ministerial candidate in 2013 upset Advani and several other senior leaders of the party. Bemoaned Advani finally resigned from all party posts in the reactionary step.

Nag critically analyzes several such political chutzpah in India in saffron party’s context from the popularity of BJP to Advani getting cornered like a ‘fallen shadow of self’ to finally party’s prognostication for thorough Hindu sensationalism. Ironically, the behemoth victory it received under Modi’s leadership made this party tinnier than its own prime minister.

This review article was first published in the Ceylon Today, Colombo on January 15, 2017.

Posted by Unknown at 2:47 AM No comments: