Anatomy and other bravery narrations 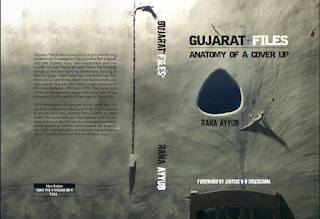 o be fair, nothing seems new in Rana Ayyub’s Gujarat Files: Anatomy of Cover Up. Facts she reveals about 2002 Gujarat carnage are available before the Indian judiciary, investigating teams and media.

What still makes this book food for thought for the readers? Author digresses us to look at genocide flashbacks of reverberation which ashamed humanity. It audaciously describes how perpetrators of genocide liquidated communal harmony with the planned vilification of India’s secular fabric. Its social, cultural and religious ethics thus became a mockery before the world.

Rather an individual scoop documentation by an otherwise nameless journalist (a Muslim girl impersonating herself into a devote Hindu filmmaker); this book in transcript is a daring account. As a filmmaker she questioned many things to be read between the lines. Clamored in journalistic tone yet not suspected by perpetrators, transcripts persuade the readers to ignore connotation—not in a context of an addition in the academic literature but its merit to be taken for fact finding investigation source. 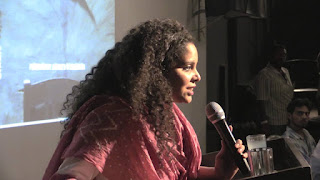 Her clandestine investigations were risky affair. It became possible for her because of professional grooming in sting operation culture of Tehelka magazine whose investigative stories were often worth newsy and volatile for India’s power corridors. Her investigations in conversational tone of a film’s script is now in book form. It merits to be taken as reference by the justice system as additional source to investigate and punish the guilty who perpetrated a pogrom that massacred innocent lives.
Book’s transcripts in conversational tone make everyone believe in the reality behind Gujarat riots. With scope to be used as an additional documentation for justice will it be of any use remains a big question in India today. The country is ruled by a political party which perpetrated goof ups to divide the communities for political pursuits. 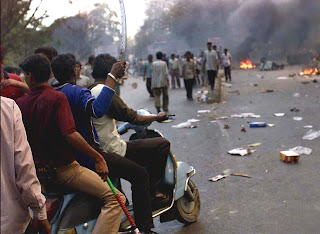 It is high time India’s justice system keeps all factors into consideration for analysis. Deliberate communalism feeling played key role to escalate embers of hatred between Hindus and Muslims in Gujarat to spread throughout the nation. It accelerated fortunes of few leaders to achieve goals and reach at the zenith. This book engages readers to delve into the realistic narration in conversations between author and several people in Gujarat for fact revelations.

Meticulous recollection of an investigative mission in 2010 for which Rana Ayyub was assigned by her employer, Tehelka magazine, this book portrays life of an undercover girl pretending herself with a fabricated name of filmmaker Maithili Tyagi. She spent eight months undercover to obtain true account of a story behind state’s genocide. Ironically, foolhardy sting operation was turned down by her magazine. If this book hadn’t come that investigative effort would have buried in the history. 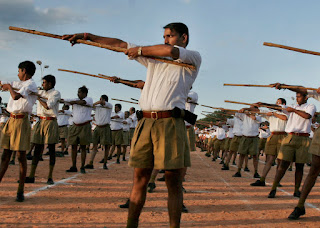 Conversations between author and the then bureaucrats to senior police officers holding key positions in Gujarat from 2001 to 2010 are put together. The audacity of this book remains unquestionable. The previously unpublished transcripts were surprisingly withheld by the magazine that planned a sting. It even had no takers to be published in book form.

Thus, we have the self-published copy. It is one of the select few self-published books in India that has been accepted wholeheartedly by the readers. Like the author lived a life of an undercover, transcripts presented describe how and who carried violence to shame India’s integrity in the aftermath of 2002 anti-Muslim pogrom while Narendra Modi was Gujarat chief minister. It recounts many other details including false encounter killings from 2002 to 2006 in the behest of Modi and ally Amit Shah. 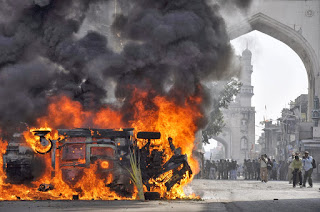 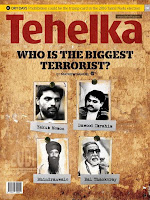 Author’s conversations identify how bureaucracy was part of modus operandi with their connivance in conspiracies to utter silence instead of taking actions for justice. The scenario was that authorities became subjugators of lawlessness instead of playing their roles of law enforcement authorities.

Transcript conversations with the then Director-General of Anti-Terrorism Squad in Gujarat in 2007, Rajan Priyadarshi quoting “Amit Shah often violated human rights”; SIT team members revealing in a pretext of being interviewed for movie and much more are revelations opposite claims of otherwise vibrant Gujarat. They bring into fore stories of suppressions in the name of caste even in even plum positions as witnessed in the cases of D. Vanzara, Rajkumar Pandian, Amin and Parmar to name a few. 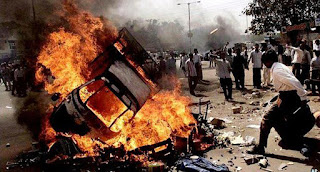 They reveal in book’s transcript how Modi used the policy to “use and abandon” and make them equal partners to perpetuate atrocities. In transcripts, this book has ample insights and perspectives to study subjugations which Gujarat encountered through unlawful use of state mechanism. 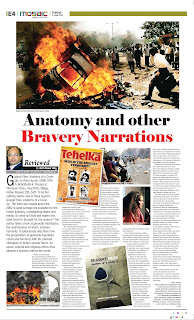 Concluding in abrupt serenity this book leaves a strong message that Gujarat’s civil society under Modi and Shah witnessed terrible transformation in planned violence to develop hostility between the two communities.

Almost completely in interview form transcriptions from tapes, this book doesn’t offer any narrative flair. Without too much extrapolations it still maintains substance due to speaking truth brilliantly. Its narrative brilliance defines Gujarat’s political landscape a decade ago which prophesied for whole nation to come into hate mongers’ grip.

Facts are beforehand through book form now. Questions are still unanswered though whether justice would be done. Perpetrators, as hawks, are pacifiers today with further political empowerment in a span of more than one decade, justice seems bleak.

This book should be read in the context of political and social farsightedness to question self whether India’s cultural, religious and social antithesis exists in its true form.