From Couture to Kutir 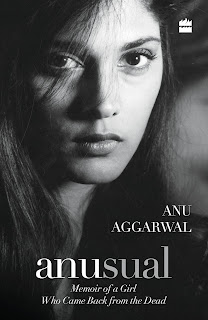 ovie buffs still remember the unparalleled success of Bollywood’s Aashiqui (Love) released in 1990. Director Mahesh Bhatt picked dark-skinned model Anu Aggarwal and introduced her into acting. In debut she attained an archetypal success—and became a star overnight. Sensation with her first movie, she acted in many other films thereafter, sans any remarkable success. In mere one decade though Aashiqui girl gradually vanished from the public memory.

With the arrival of her autobiography Anusual: Memoir of a Girl Who Came Back from the Dead after more than twenty-five years post that unprecedented success of hers, revives memories of that unbound accomplishment. Readers know her in a different perspective unlike that glam image. As an open-hearted individual she vividly speaks up the truth about life before stardom to delicate setbacks, losses, achievements and more importantly her transformation from couture glitz to yoga and spiritualism. 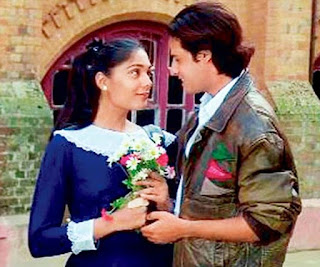 Through revealing much about her life, this book merits an honest confession of a former actress. She chose the path of spirituality and yoga in rejuvenation. This book is an offhand, strong and brusque recollection of her life’s confrontations which speaks her mind with an inner-strength from rise and rise of a successful model to an extraordinarily efficacious film career and the skirmishes causing constant downfalls until a fatal accident left her in coma for a month. She confesses everything from being catapulted to stardom with the debut movie Ashiqui to recounting countless untouched aspects of her life which she has narrated in an unbuttoned style in this memoir.

What we know of her from this book are her personal and professional ups and downs to men in her life that also included millionaires and super-yogis. Her life’s story is worth a Bollywood script which revolves around the extremes of highs and lows. Like she puts in the book—“Excessive fame is a mother fu*ker”—her decision to forego modelling and Bollywood while at the peak of success was indeed a bold decision to reckon with. 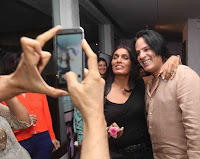 This book reveals why she literally vanished from Bollywood and everything worldly which could keep her attached to glamour world and limelight. Without modeling, brand-endorsements, movies, cover story appearances to interviews in many gossip publications, she was literally forgotten. We didn’t know that her years of seclusion for more than two decades actually rejuvenated her. By listening to her inner verve she chose a path which changed her life to become stronger and determined. 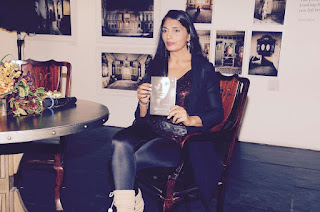 Near fatal car crash in 1999 sent her into 29-day long coma. Post recovery, she was a changed person which she mentions—her rebirth. Although that incident shook her completely her life had major transformation thereafter. Not in the public limelight anymore, she learnt from adversities and finally turned a triumphant. According to her, ‘it was indeed a beginning of her real life.’

From distant memories of literally having been away from her physical body to being taken back to life again, she wrote about everything as if floating of the montage images. Besides that, fateful near-death experience, she lists the memories of her acute traumas to finally turning into a full-time yogi.

Revitalized Anu Aggarwal is determined to propagate her unique fun-yoga with Anufunyoga in the worldwide locations today. She considers it a solace for life as it inculcates goodwill and hope.

This memoire is a firsthand narration of her brush with an unexpected fame in Bollywood which brought her stardom but ironically not remained ongoing. It reveals many facets of her life from that extempore fame proving harsh to other trajectories such as her relationships to indecisiveness to maintain the prevailing success and her failing to make prudent work choices and other agonies. 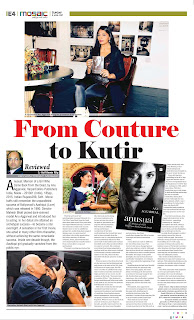 Since delving into modelling in 1980s Anu Aggarwal had her zenith of success by becoming world’s widely recognizable face in the glamour world of that era. Aashiqui in 1990 added more fame. With her quick image making from modelling to acting, she was saleable in that period. Being dark-skinned was a taboo while she faced stiff competition and prejudices but she kept moving in life.

A narrative prototype, Anu Aggarwal’s memoire projects her in third person—appearing constantly as “that girl”—throughout. Being a confessional narration, it has punch lines, and thus highlights how a Delhi girl in 1980s, who attained education in social work, excelled once destiny took her into an entirely different path. She writes about her personal episodes from falling in love with a jazz musician to being welcomed in the fashion corridors of Paris to countless other fames which brought more jealousies than friends. And, thus she was destined to remain lonely.

She writes in detail in more than two chapters about her dedication to yoga and training in an ashram. In frank narration, she mentions the uptight admiration and romantic encounters with a resident guru.

This book concludes with her emphasis on new-age spirituality, which according to her, could be an ultimate antidote to soul-killing fame. The memoir seems to be a must read for cinema lovers who are willing to digress to that era of movies which had immortalized onscreen love & romance.

This review had first published in Ceylon Today, April 09, 2017 edition.